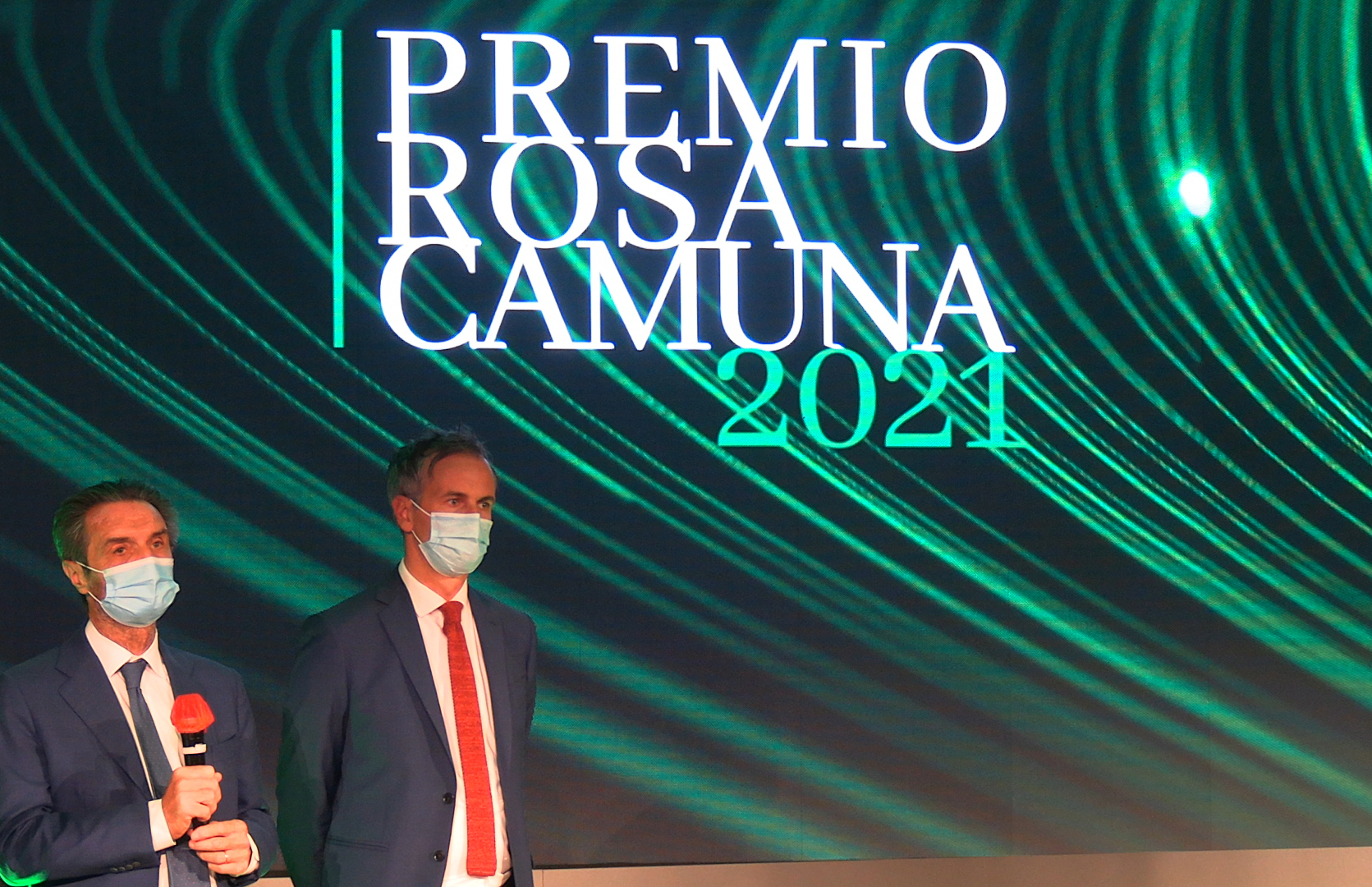 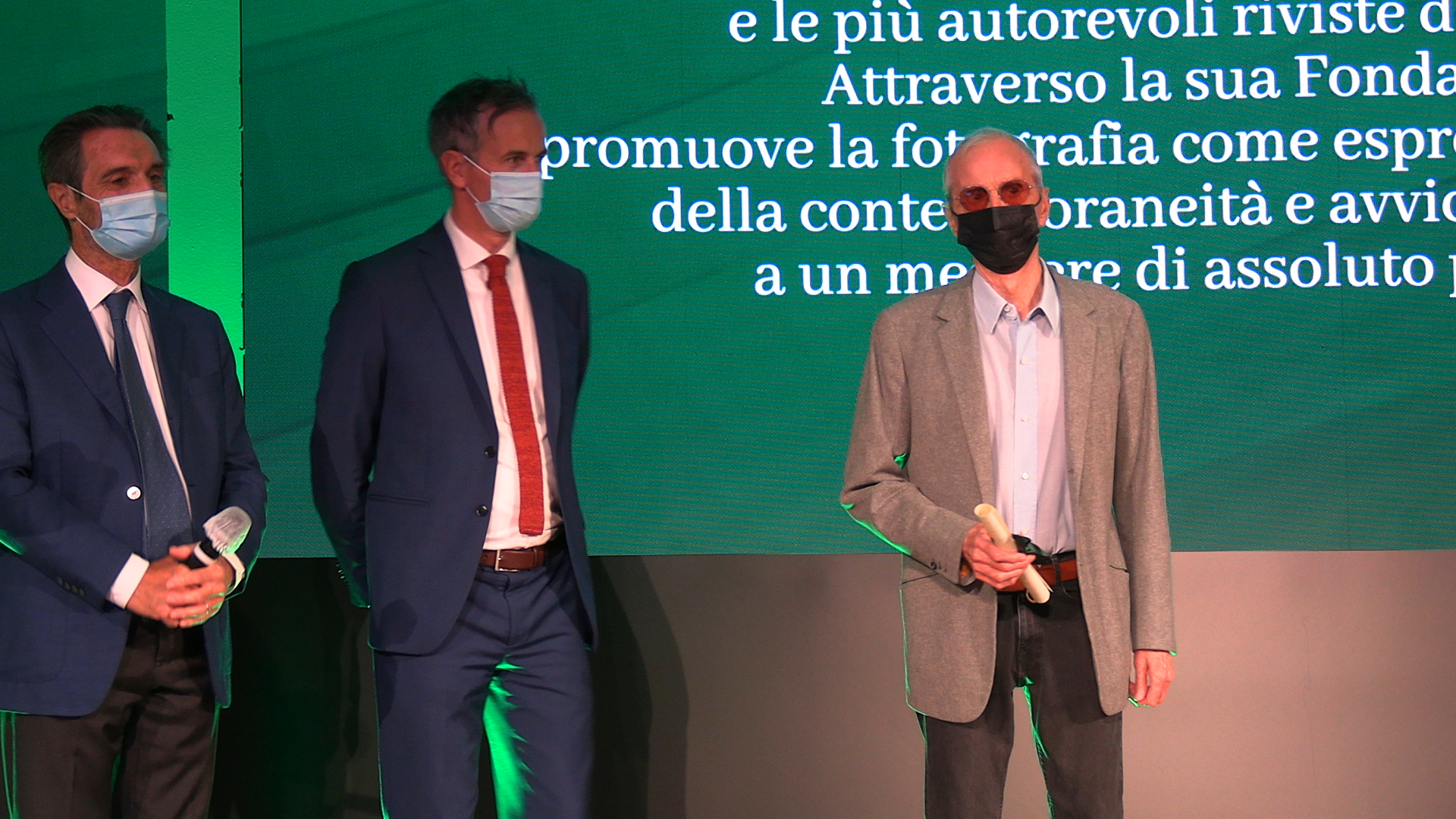 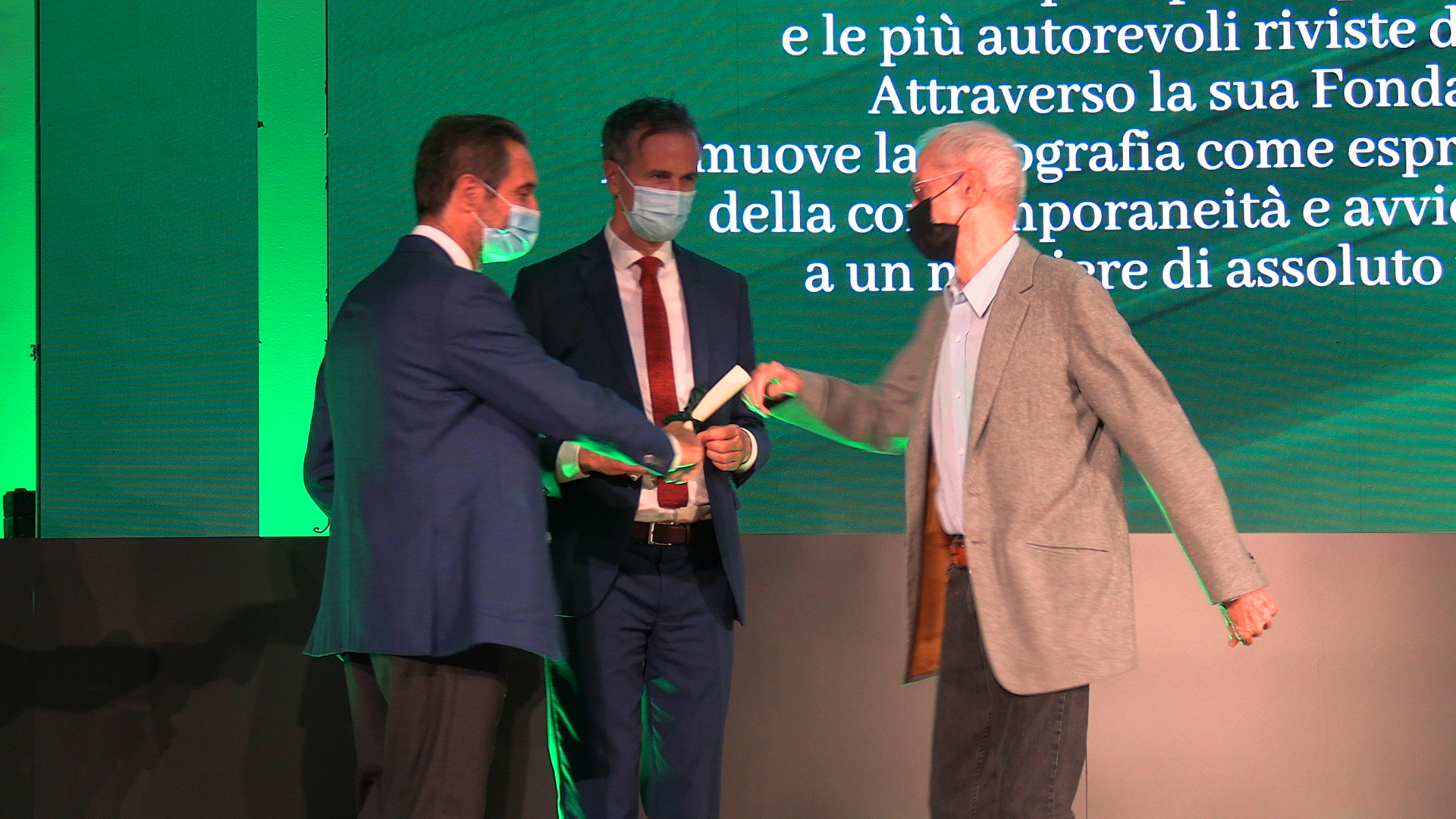 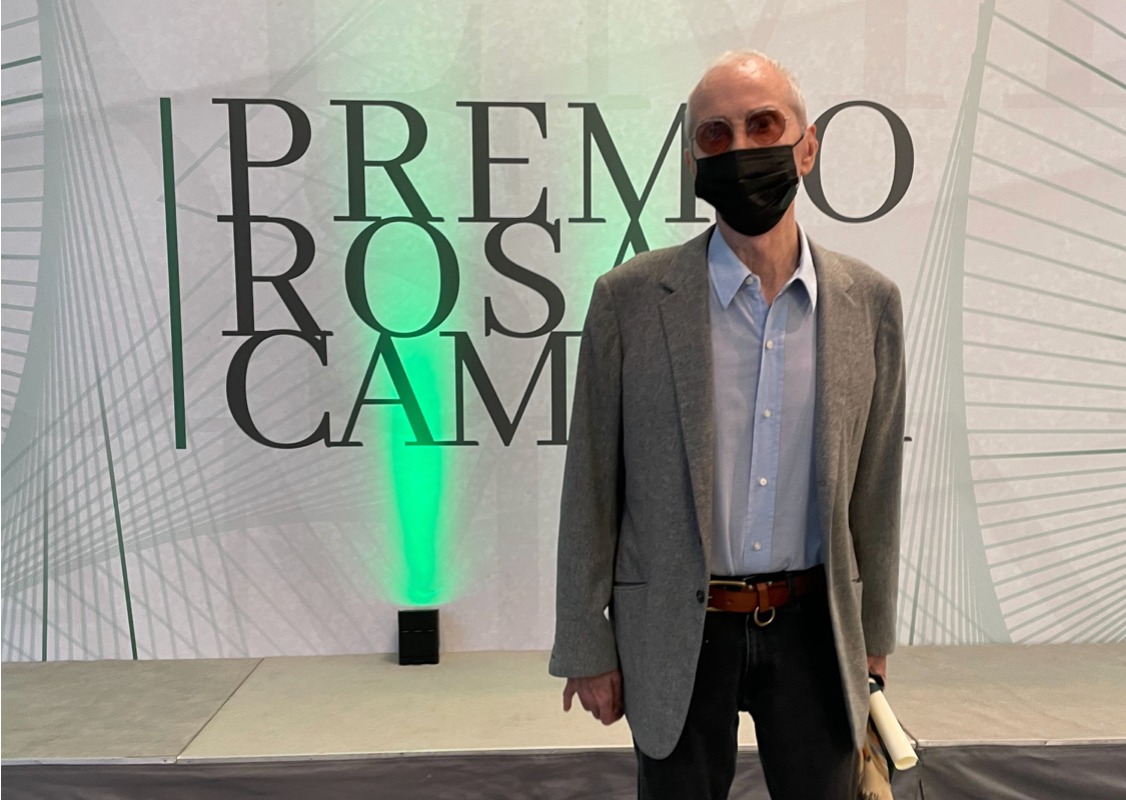 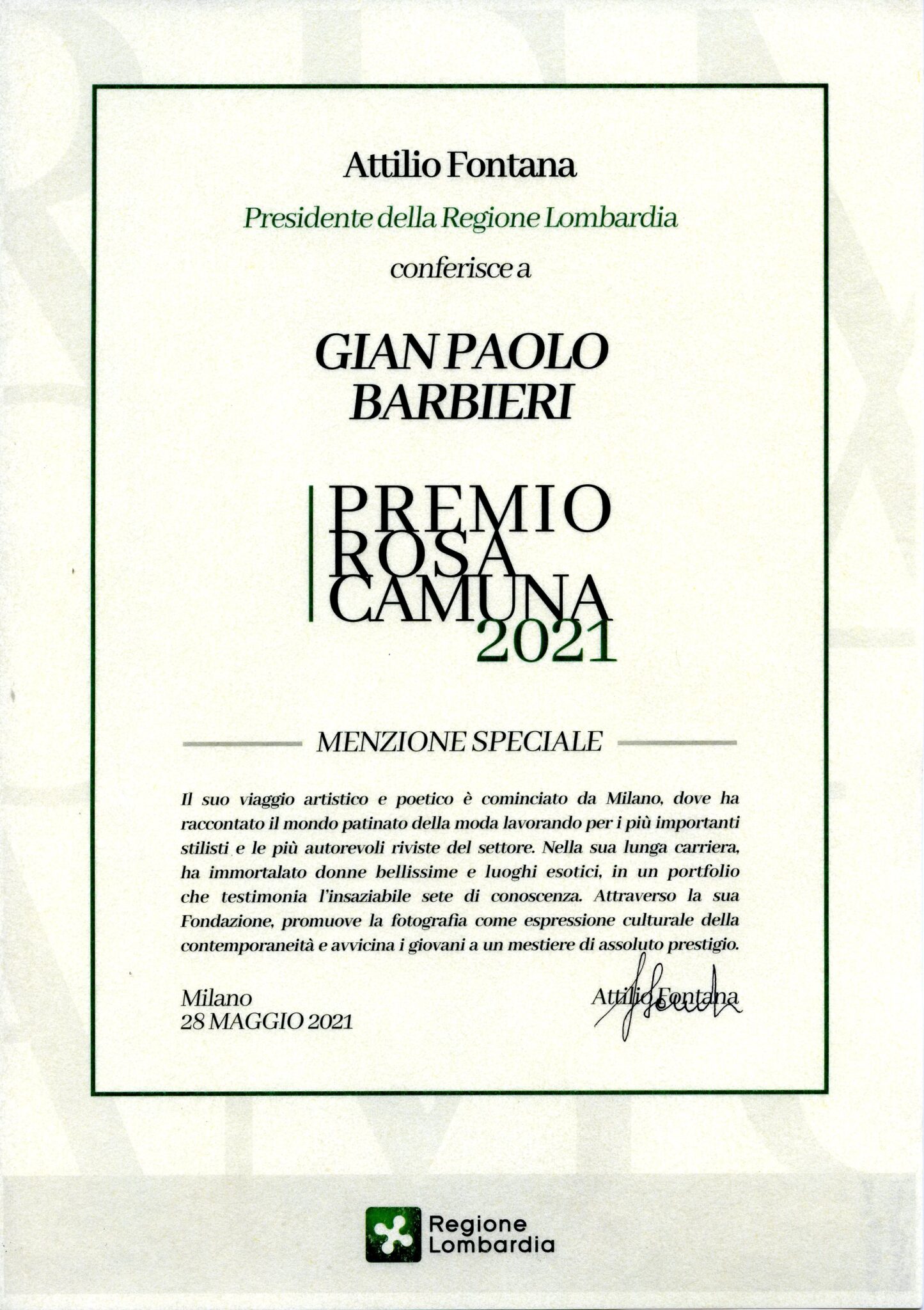 May 28th, 2021
Auditorium Testori in Piazza Città di Lombardia - Milano
After the great recognition received in 2019 by the Regional Council of Lombardy, Gian Paolo Barbieri, on May 28th 2021,  was confirmed as Lombard excellence thanks to the special mention received by the President of the Lombardy Region, Attilio Fontana, who awarded him the Rosa Camuna Award with these words:
“His artistic and poetic journey began in Milan where he described the glossy world of fashion working for the most important stylists and the most authoritative magazines in the sector. In his long career he has immortalized beautiful women and exotic places, in a portfolio that testifies the insatiable thirst for knowledge. Through his Foundation, he promotes photography as a cultural expression of contemporaneity and brings young people closer to a profession of absolute prestige “.
The Award is assigned annually by the Lombardy Region to people, companies, organizations, associations and foundations to publicly recognize the commitment, activity, creativity and ingenuity of those who have particularly distinguished themselves in contributing to economic and social development, cultural and sporting area of ​​Lombardy.
Rosa Camuna has always represented the Lombard territory, the symbol has been found 92 times among the 300,000 rock engravings of Valcamonica dating back to the Iron Age (first millennium BC), a time when the valley was inhabited by the Camuni. The places of rock engravings since 1979 are protected by UNESCO as a World Heritage Site, the first Italian site to obtain this recognition.
The graphic design of Rosa Camuna was created by four leading figures of Italian design: Bruno Munari, Bob Noorda, Roberto Sambonet and Pino Tovaglia and since 1975 it has been the official logo of the Lombardy Region. Since 1996, the Lombardy region has established an annual award in honor of this symbol, dedicating it to women who, with their contribution of excellence, represent the decisive importance of the female presence in the social, economic and cultural life of the region.