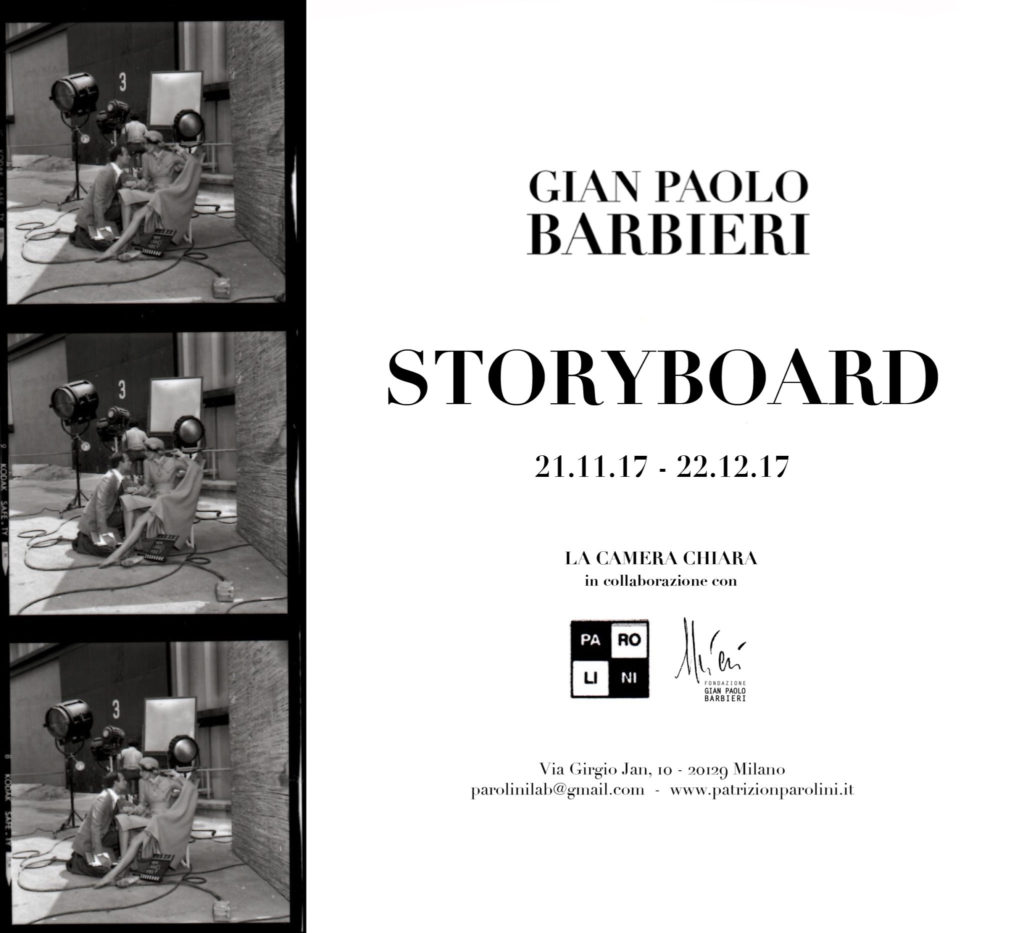 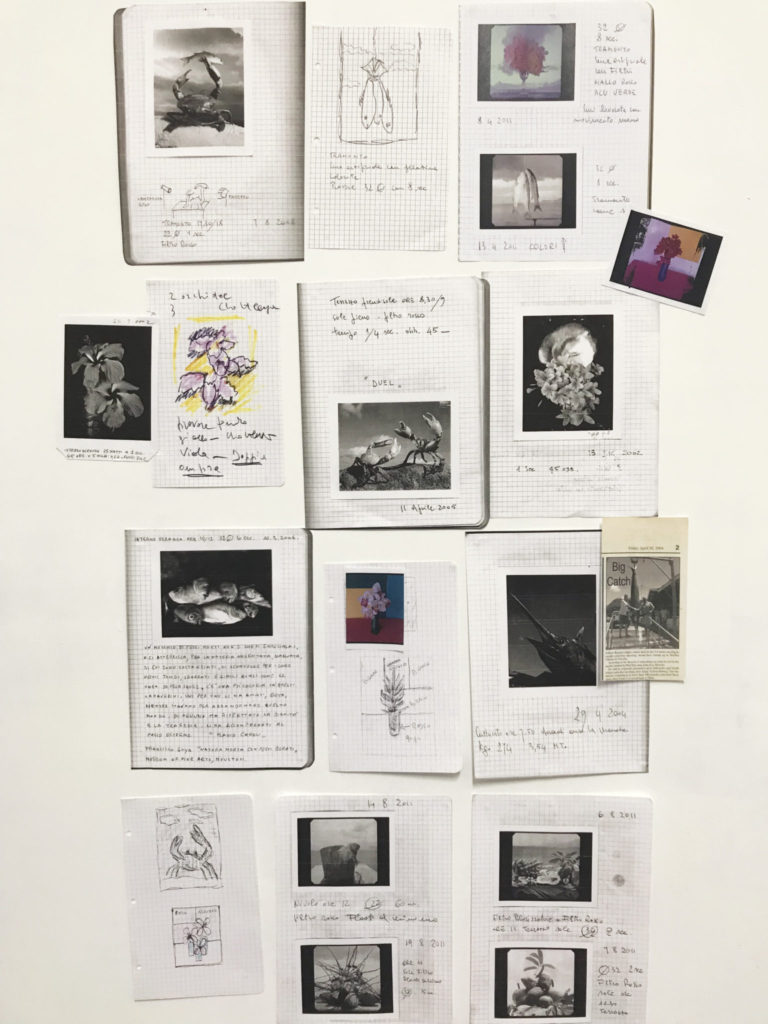 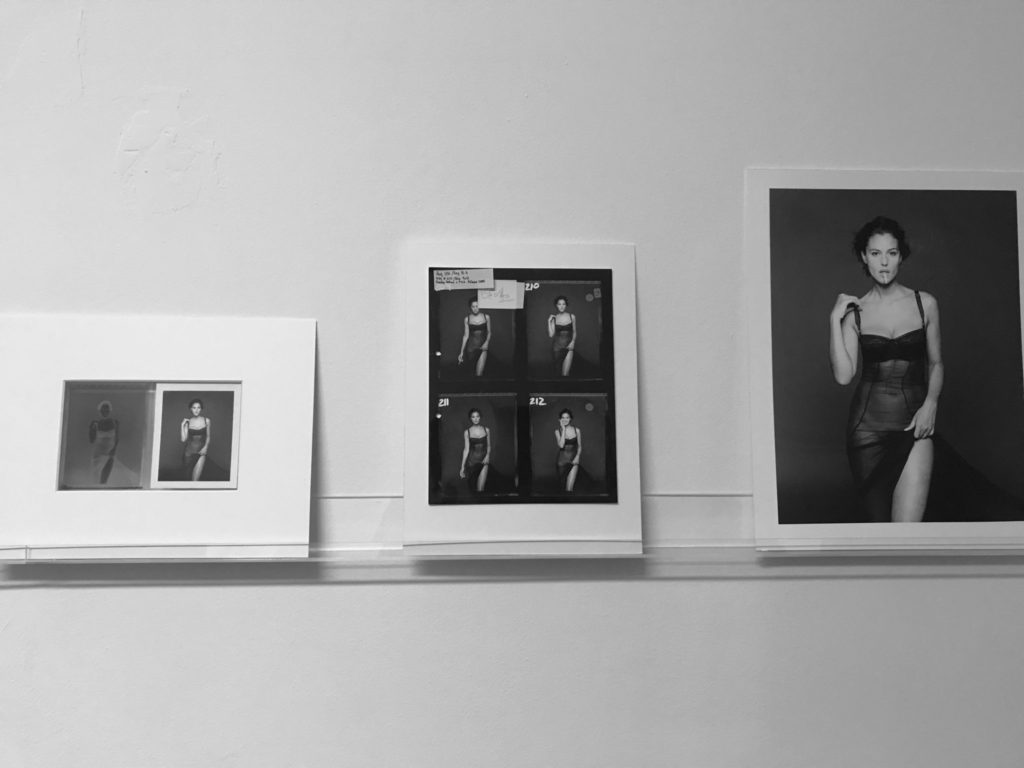 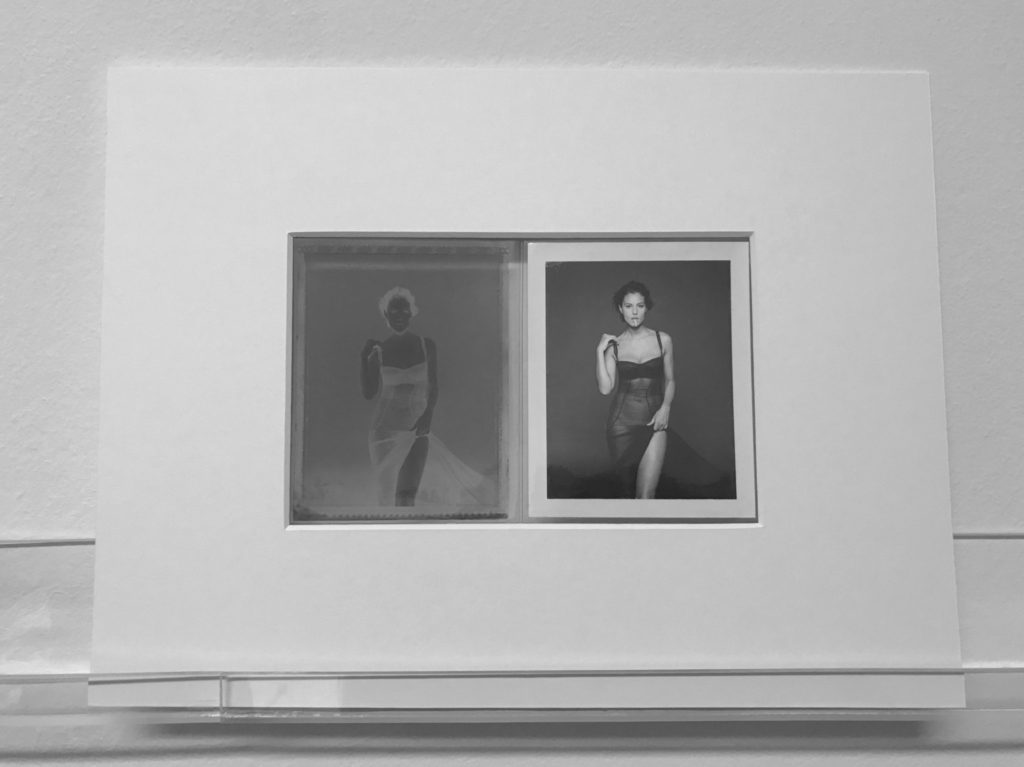 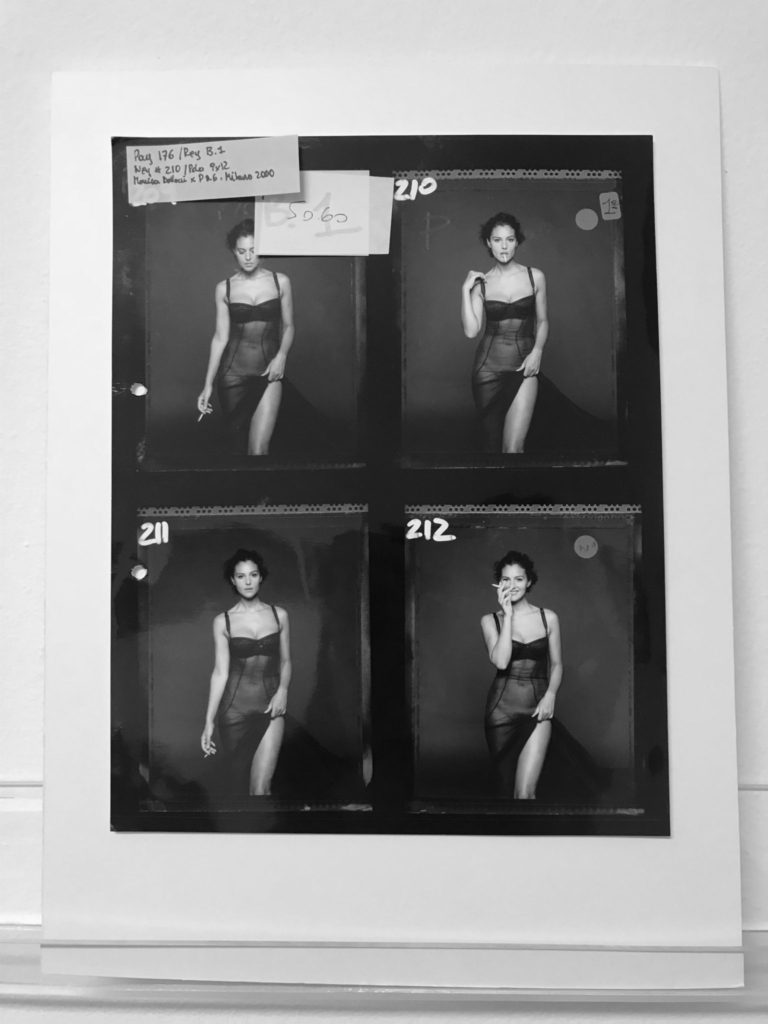 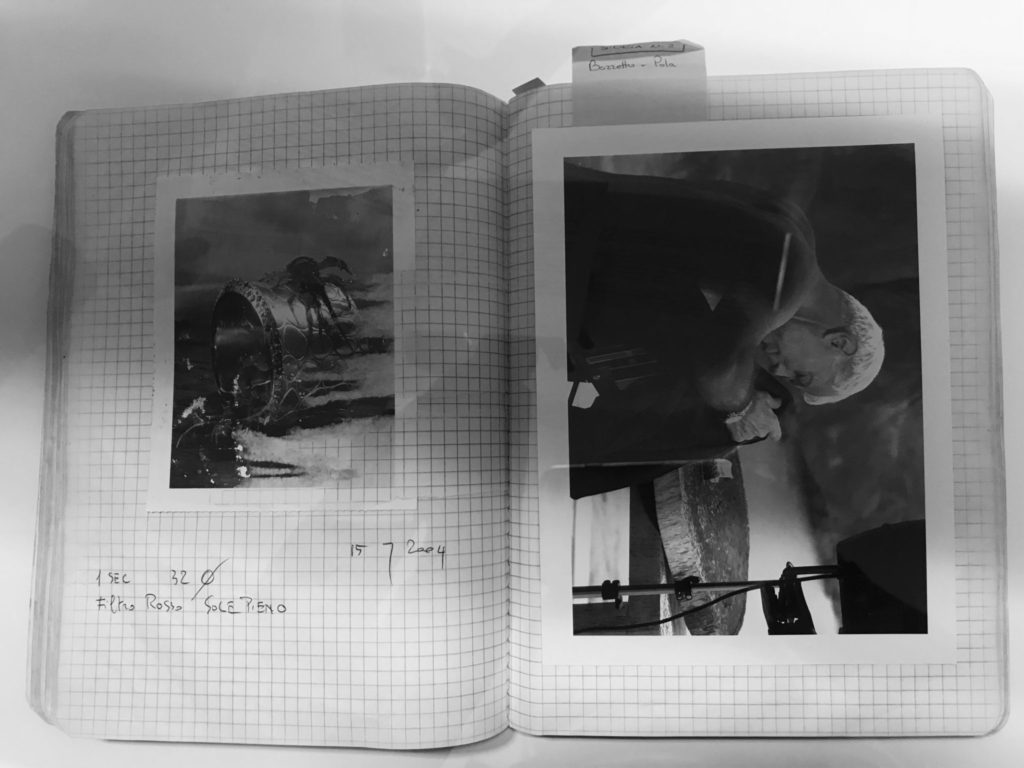 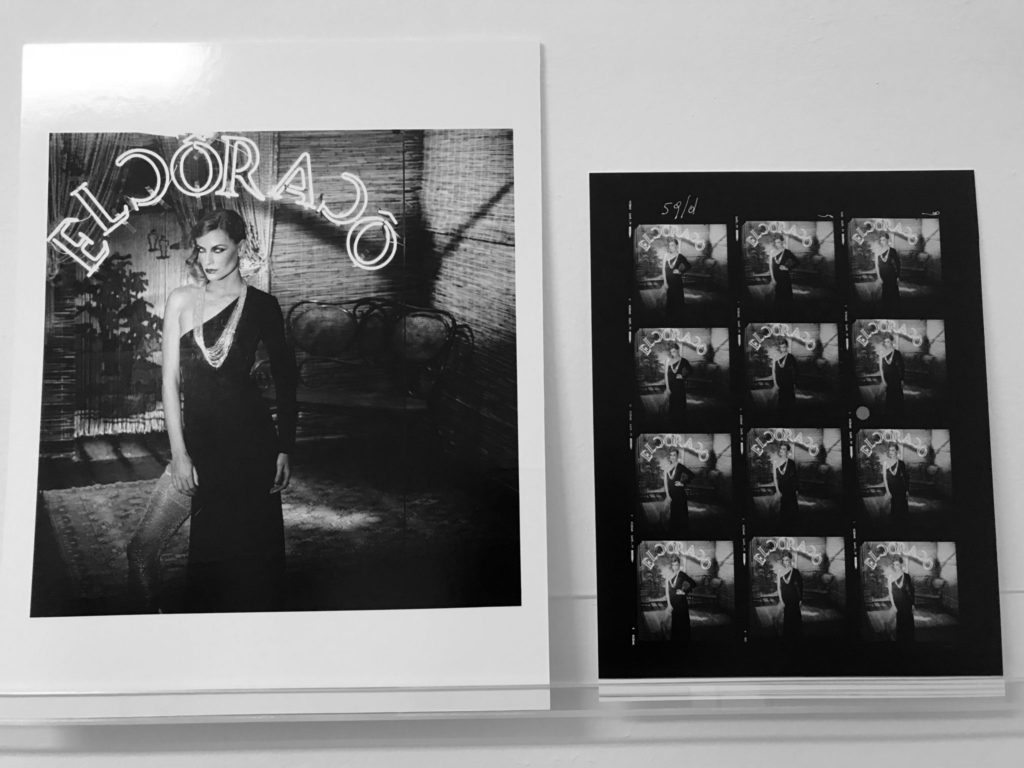 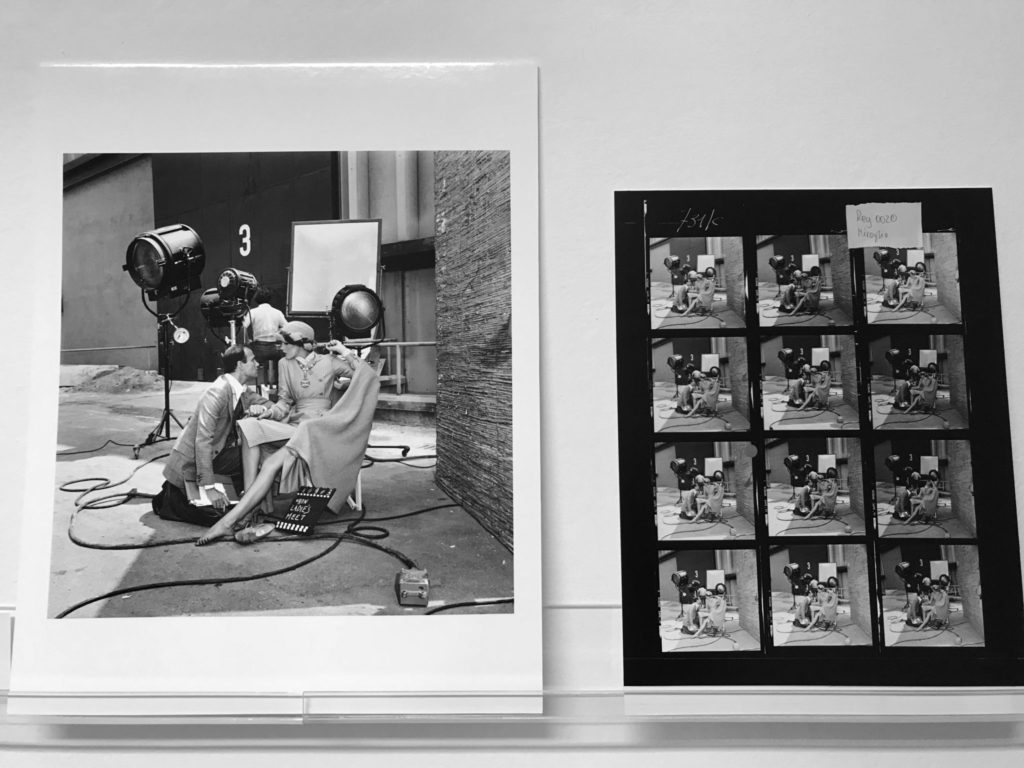 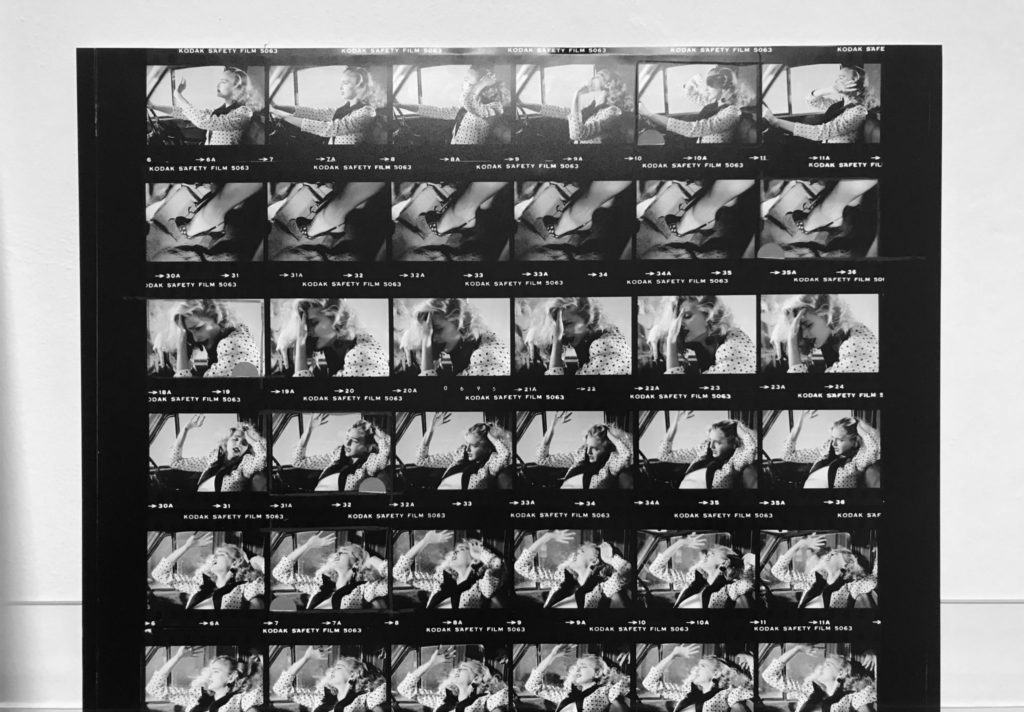 A photograph that can be observed, enjoyed, appreciated, analyzed becoming a work worthy of entering the collective memory. To achieve this, however, it was necessary to go through a long creative journey that starts with the idea or intuition of the photographer, continues with the set up, the preparation of subjects, the technical execution of the shooting, the various phases of the print, its use on the pages of the publications that the readers will then screen. It is a fascinating journey in its process, well known to the artisans but little known by the general public. This is the reason why the exhibition space of Chiara Camera has decided, presenting an exhibition by Gian Paolo Barbieri, not only to exhibit some of his famous works but to reveal its origins by drawing on preprinted photographs hand-drawn layouts from ‘ the author himself, the Polaroid tests, the specimens of the shots made, of which only one was chosen, the original magazines on which the images were published. It is accompanied by a selection of the most important books made by Gian Paolo Barbieri that visitors can browse to appreciate poetry. “Storyboard”, this is the title of the show, it also wants to be a tribute to the world of chemical photography because all the works exhibited were made on a black and white, negative, invertible, Polaroid film.

Sense of harmony, taste of beauty, formal perfection: all this is Gian Paolo Barbieri. The exhibition here suggests the creative path of a great photographer through the notes, drawings, contact papers, print tests that make up the stages that will lead to the creation of the impeccable picture that is the point of arrival, the one we know.

There are several different works from 1968 to 2008, ranging from fashion photography to portrait to the investigation of worlds far away from that of catwalks, parades, and advertising.

However, all the images, both in color and in black, are all strictly the result of chemical processes and taken on negative or invertible films in sizes 120 and 135, as well as in the Polaroid immediate development.

In photography the technical process must be rigorous and precise, but the deviation from the norm that Barbieri so often pursued can constitute, carefully guided, as it is the very creative core of the final image.

The Milanese photographer’s method consisted of the desire to give a film-to-film idea: the final result was always his vision.

A figure that even finds itself in his ability to recognize the right image about contact, cut, print: the precise will to impose a personal vision within a mechanical process.